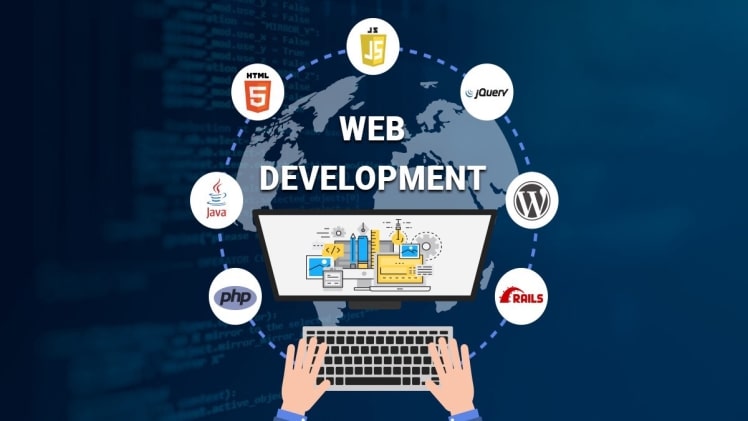 Thankfully, web development tools can assist in streamlining the entire procedure without sacrificing quality. Additionally, automation and security features that can boost the performance of your web applications are frequently included in these tools.

Consequently, in order to achieve your goals, you will need web development tools that are dedicated and diligent. It can be challenging to achieve your daily goals and work with the team in a time crunch. Communication and productivity at work are therefore essential.

You may have noticed that web technologies, especially those on the front end, change quickly. Consequently, new web technologies will always be released annually. Web development tools are also subject to this.

The 10 Best Tools for Software Development to Enhance Your Workflow:

The best 10 tools for streamlining your web development process are listed here. You can save time, money, and effort thanks to their adaptability, ease of use, and complete workflow management. In a similar vein, some tools are paid, some are free, and others may only permit limited tool usage.

For beginners who have only recently begun learning to code, Sublime Text is the best option. It is a code editor that can handle markup, prose, and code.

It has all of the advanced features you’d expect from a top text editor but uses very few resources. To control multiple cursors and edit multiple lines of code simultaneously, developers, for instance, can enable simultaneous editing. Although downloading this code editor is free, using it necessitates a license. Per year, Sublime Text licenses cost $65 for business use and $99 for personal use.

Budibase is an open-source, low-code platform for developing internal applications on your infrastructure. It says that internal tools can be made 50 times faster than internal apps. Budibase Builder is a desktop platform for building and testing web apps. Budibase also lets you drag-and-drop web applications, connect them to your database, make automation tasks, and do other things.

Drop box is without a doubt the market leader in cloud storage. It was the first major platform for folder syncing, and it continues to be the best despite obvious competition from Google Drive, iCloud, One Drive, and others. It’s easy to use, safe, dependable, full of features, and great for working in teams. Drop box is absolutely necessary for developers who work remotely, in teams, or across devices to easily access files. From within the platform, work can be easily shared, teams can be managed, and feedback can be provided, ensuring that tasks are completed on time and increasing productivity.

It’s an open-source code editor from Microsoft with enough features to qualify as an IDE. In addition, it has enough features to win over half of the market; 55% of web designers regularly use Visual Studio Code. In its default configuration, Visual Studio Code primarily functions as a text editor. However custom software development Houston, when combined with its implication library, it becomes adaptable enough to accommodate any development.

It means that you can download Dockers and Vagrant plugins, fixers for your preferred language (yes, ESLint and PHP CS Fixer are included), and more. Visual Studio Code comes pre-installed with support for Typescript, JavaScript, and Node.js. However, the extension ecosystem is so diverse that whatever language you’re using will be supported.

Syntactically Awesome Style Sheets (Saas) is a preprocessor for the CSS framework that is widely used. It is mostly used by CSS developers to add more rational sentence construction, like loops, variables, and nested rules, to a CSS site. This web development tool is also great for learning how to create websites because it lets you change colors, fonts, and other user interface elements. In addition, Sass makes it simple to share designs between projects and within projects, facilitating smooth project management.

Skriper is an online tool for building websites. Without saving and refreshing, we can alter the front end of our website’s appearance. Visit the SkriperDev YouTube channel to learn more about this platform and how to use it effectively.

Visit the SkriperDev website first. There are a number of choices there. Make sure you sign up and then log in to your account before beginning any project. After that, pick the Start Coding option.

One of the best Git repository managers available is GitLab. Teams can store, test, and edit development projects in a cloud-based location provided by the open-source platform. The best place to work on your code with another developer is here. GitLab’s extra features, such as snippet support, Work in Progress (WIP) labeling, project milestones, and authentication levels, as well as its sleek user interface, make it a better choice than GitHub, which is popular among developers.

The same pattern begins to emerge when the developers begin regularly developing front-end applications. This issue is resolved by UI frameworks such as Twitter Bootstrap. They use common components to create reusable modules. By providing developers with templates for typography, buttons, forms, and other elements, new projects can be coded in less time.

Lighthouse is an automated, open-source tool for testing and enhancing the quality of web pages. It looks at performance, accessibility, SEO, and progressive web apps as at least four aspects of the web. It examines page speed, responsiveness, browser cache optimization, asset optimization, and other performance factors. It examines general on-page SEO parameters in terms of SEO.

Lighthouse was developed by Google and is utilized in a number of Google products. You can also use it as a Chrome extension and in the Chrome dev tools to scan open websites both locally and online.

Slack is a great way for teams to communicate. The web development tools are made to make messaging easier by letting users upload data into conversations and talk to groups of people (Slack lets you create multiple chat “channels” that can be used by different departments or key parts of a project). The platform’s ability to integrate with over 600 other apps, including bots, project management, and developer tools, is another great feature. Additionally, apps facilitate task completion without leaving the platform, which boosts productivity.

To simplify front-end and back-end development workflows, software development and App Developers Houston tools are necessary. The success and effectiveness of the project can be affected by selecting tools that are compatible with your budget and the scope of the undertaking.

​​How Can You Control Cookies When Using a Wifi Network?