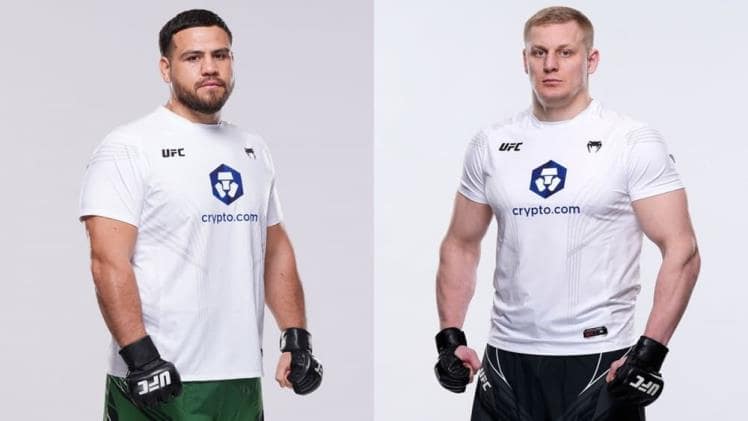 In one of the battles of the Ultimate Fighting Championship on ESPN 42 heavyweight competition Tai Tuivasa from Australia and Russian Sergey Pavlovich will fight. The battle will take place in Orlando at the Amway Center on December 4, 2022. A heavyweight showdown will precede the main event of the evening between Steven Thompson and Kevin Holland. If you are a martial arts fan and want to bet on a fight night, then download the app https://1xbet-uz.mobi/.

Eminent heavyweights must arrange a powerful cut. In addition, these fighters completed the lion’s share of their fights ahead of schedule.

A native of Sydney among the pros in the octagon had 18 fights. Having won 14 victories, 13 of which by knockout, the Australian suffered four defeats (twice by knockout, as well as once by surrender and a referee’s decision). Tuivasa’s last four battles were voted the “best fight of the evening”. After stoppage wins over Greg Hardy, Augusto Sakai and Derrick Lewis, Tai was knocked out in Paris by Cyril Gun. “Bam Bam” had a chance to win and the opportunity to knock out the Frenchman, but missed the chance. Now the representative of the Lions High Performance Center team will want to rehabilitate himself in front of the fans for the past failure, but it will be difficult to do so.

Tuivasa is good at shooting and will try to take his chance. But, if the fight drags on, the Australian may have significant difficulties.

The representative of the Eagles MMA team held 17 fights in professional mixed martial arts. After being stronger 16 times (13 by knockout and three times by decision), Pavlovich was knocked out once by Alistair Overeem in November 2018. After losing to the Dutchman, Sergei defeated Marcelo Golm, Maurice Greene, Shamil Abdurakhimov and Derrick Lewis. It is worth noting that the native of the Orel region won these opponents in the first round.

Pavlovich is a formidable fighter, but the Muscovite will be a difficult opponent to resist. Even despite being the favorite, Sergei should not underestimate the Australian.

Opponents often start right off the bat, so it’s definitely not worth waiting for a protracted battle here. Both fighters are notable “slayers”, they are famous for their knockout blow and absolutely do not own the fight. Pavlovich is the favorite and must go forward. But Sergei does not have such kicking as Gan does, so he will face serious opposition. Predicting the winner of the pair here is quite difficult, but Tuivasa knows how to find a powerful punch and, most likely, will be able to win.