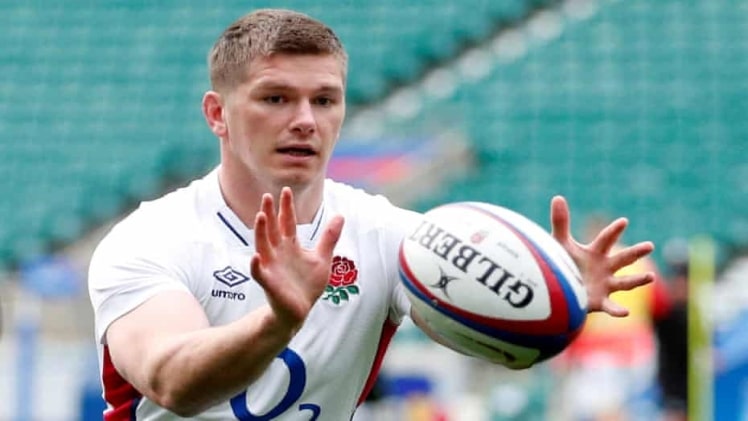 Owen Andrew Farrell is an English professional rugby union player who currently captains both the Gallagher Premiership side Saracens and England National Team. He has played international matches since 2012, and at the time of writing had scored 1053 points from 98 tests (including four tries). His father Andy also played for his country in both league and union.

Farrell was the youngest player ever to appear in English professional rugby union, playing for Saracens 11 days after his 17th birthday. After a short loan spell with Bedford Blues, he returned to Saracens and was a key player in their 2010–11 Aviva Premiership final victory. He kicked five penalties and converted James Short’s try with his boot while also scoring 17 points for himself (including two tries) against Leicester Tigers who were reigning champions at that time; it ended 22–18 on February 18th 2011 evening Colt Park London England.

He made his international debut on 4 February 2012, starting at inside centre. He kicked two penalties and a conversion while missing from around 50 metres as well; but in the next match against Italy he produced an absolute beauty of a kicking display – four successful attempts from five kicks (including one that hit the post), with no mistakes or knocks-ons!

In 2017, Owen became the highest scoring Saracen of all time, at 1548 points. This led to a European Champions cup for the Saracens and a European Player of the Year Award for Farrell.

In 2018, Farrell took charge of his first games as England captain, after a series of concussions ruled Dylan Hartley out of their test series against South Africa. Unfortunately England lost the series 2-1, but it was the start of an ongoing battle for the captaincy within the ttactics England squad.

By 2020, Farrell was leading the England squad into the six nations as captain. England smashed the tournament, running out as winners and on to a record of 8 wins from 9 in 2020. Unfortunately, they could not repeat that in 2021, although Owen passed the 1,000 points mark in international rugby. He is only the second English player to ever achieve this. Farrell has had a mixed 2021, but it has certainly been one of his toughest years to date.

There is no doubt that over the past decade he has been one of the best rugby players on the planet. However, given Owen Farrell’s latest performances, is the end getting nearer? Given his likely absence from the upcoming tournament, England’s Six Nations results could go a long way to answering that question…

Things That Will Change The Way You Approach Sports Broadcasting