Moving into a new property in New York can be extremely stressful. With the living expenses and the crime rates going through the roof, it can feel like you’re not even safe in your own home sometimes. However, there’s a way to reverse that feeling.

In this post, we’re going to be going over exactly how you can do that!

Change The Locks – Before You Move In!

Everyone around the world agrees how moving is not an easy job, no matter where you are. Even if you take the major stressors like packing, shipping and unpacking out of the way, there is a pretty massive mountain of things you need to get sorted before you can actually call the place your “home”.

In the mess of all of that, almost no one remembers that their locks are important too!

If you’re not the first owner or renter of the new property you’re moving into, this is something that could really affect your home safety.

The person who lived at the premises before you, could’ve easily made hundreds of extra keys while they were there. They could just as easily use those keys after you’ve moved in as they would when they did and just walk right in like it’s still their home!

This is incredibly dangerous because you can never really trust strangers, especially with the way crime works in New York!

Not Changing The Locks Could Pose Another Threat

Getting home insurance is a long and strenuous process for most people. After you get through, you have to pay massive premiums just to have the peace of mind that if anything does happen, you’ll be covered.

But your locks could mean that all of that doesn’t even matter.

Most home insurance companies have a clause in their contract, the “forced entry” clause.

This usually means that although everything else in your home is all hunky dory, unless the entry that causes harm to your home is forced, there’s no coverage.

Yup, if someone were to enter your home, with a key that they had because they lived at that property before you, the insurance company won’t help you.

All those premiums would be wasted! Just because the intruder had a key!

This is something that a lot of insurance companies won’t even outright tell you, you kind of have to figure it out on your own. Which is pretty darn awful to say the least.

There are “regular” locks, and then there are insurance grade locks.

Insurance grade locks look pretty much the same as any other lock you might’ve seen on the outside, but on the inside, they have a lot going on.

These locks are created to be the strongest locks you could possibly get! Unlike a regular traditional cylinder lock that can easily be snapped, insurance grade locks go through several rounds of testing and only once they make it through, they’re allowed to be sold on the market.

How can you get insurance grade locks?

A lot of people hear “insurance grade locks” and think that there has to be a very specific place you can get these very specific locks from. However, that’s not really the case.

You could get these locks online, or call Locksmith Rochester NY or a recommended locksmith in your general area and get one from their office!

The only thing about insurance grade locks is that you should make sure that they’re installed properly. But any good locksmith would be able to do that for you too!

Keeping your new property in New York safe and sound! 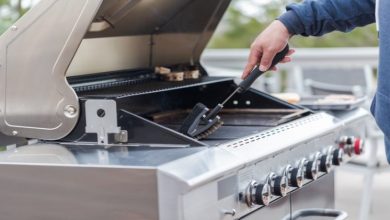 A Step-by-Step Guide to Clean a Grill Cover 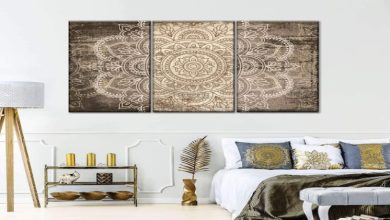 How to Decorate Small Bedroom For New Year