Is Marijuana Good for Your Mental Health? 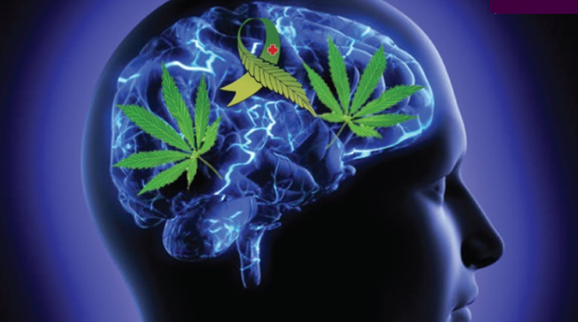 With marijuana getting legalized in 31 states for medical purposes and 9 for recreational use, many questions are coming up regarding the use of this product. According to the Marijuana Policy Project, about 2.8 million people in the USA use marijuana as medicine.

A national survey also revealed that over 22.2 million people use marijuana for recreational purposes. As the growth of cannabis usage increases, in-depth research on its therapeutic properties is far between. One of the concerns of marijuana consumption is its effect on mental health. Numerous individuals are turning to cannabis for its health and wellness advantages. More states are seeking to legalize it, at least for medicinal purposes, making it more widely available than ever. For example, if you live in Pennsylvania, you can quickly obtain a Pennsylvania medical marijuana card online. However, knowing the benefits of cannabis on one’s mental health can help people with easy access to it use it in ways that will benefit them best.

Is marijuana consumption good or bad for your mental health? Are there any research reports backing up the claims for the benefits and adverse effects of cannabis on mental health? Read this post to find answers to all your questions.

What Mental Health Conditions is Marijuana Used for?

From the late 80s to early 2018, researchers performed 83 studies to look at the use of CBD for treating symptoms of mental health conditions. The studies looked at the treatments for post-traumatic stress disorder, anxiety, depression, Tourette syndrome, psychosis, and attention deficit hyperactivity disorder (ADHD).

Forty studies were done through randomized controlled trials. It is worth mentioning that this is the gold standard for medical research and evidence. Most of the research activities performed were with less than forty people each and spanned four to five weeks.

The studies revealed that the pharmaceutical THC reduced anxiety symptoms among people with mental health conditions. However, the research did not find any impact on the symptoms of depression.

Other studies focused on the use of cannabis CBD for the treatment of depression and anxiety symptoms in other health conditions, such as multiple sclerosis and chronic non-cancer pain. In summary, adequate research and studies are needed to validate the health benefits of marijuana consumption among people suffering from these health conditions.

Over the years, the interest in the use of cannabis has continued to grow. Many consumers use CBD to treat anxiety, depression, and other mental health conditions. Today, celebrities like Kristen Bell and Jennifer Aniston are embracing cannabis products to reduce the symptoms of depression and anxiety.

In reality, the rave around the mental health benefits of cannabis products, especially tetrahydrocannabinol, CB, and THC, has outgrown scientific research on the products.

Research has found that little evidence is available to validate that cannabis can improve the various symptoms of anxiety, depression, and other mental health issues. Many physicians are reluctant to recommend cannabinoids for mental health disorders treatments.

Benefits of Marijuana on Mental Health

Without a doubt, research has produced results suggesting that marijuana may have some benefits on consumers’ mental health.

A study that investigated the use of marijuana for treating symptoms associated with mental conditions showed evidence supporting the consumption of the product to relieve post-traumatic stress disorder symptoms and depression. The review shows that some evidence suggests marijuana can reduce symptoms of social anxiety.

However, the study highlights that cannabis is inappropriate for the treatment of different other mental health conditions, including psychosis and bipolar disorder. Suffice to mention that another study found that consistent use of cannabis can increase the risk of social anxiety.

A comprehensive review published the previous year showed that the use of cannabis may help individuals with opioid and alcohol dependencies fight addictions. However, many other studies have shown that users can increase the risk of abuse and dependence on other substances.

Surveys also reveal that the more individuals use cannabis, the more they are likely to develop problems associated with using marijuana. 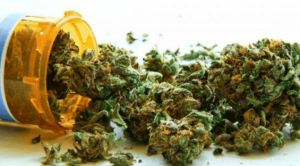 Marijuana is also found to improve brain health by stimulating the electrical activity of the brain. According to a study, some compounds in the product have an anti-seizure effect on the brain. This can help patients dealing with epilepsy deal with their symptoms.

Individuals dealing with Dravet syndrome have also been found to benefit from using cannabis. As with the treatment of weed with other health conditions, adequate research needs to be performed to arrive at concrete evidence of the efficacy of marijuana in preventing seizures.

With age, the brain goes through a degenerative process. However, you can minimize the process with the use of cannabis and also improve the brain’s capability. That is because marijuana has a therapeutic impact on the mind and enhances the power of focus, learning, retaining, and comprehending. It is worth mentioning that creative professionals use marijuana to boost their creativity.

Schizophrenia occurs when there is damage to brain function to the point where a patient loses the sense of reality. The symptoms of the mental condition include speech impairment and hallucinations. Although research is still ongoing on treating schizophrenia with marijuana, studies reveal that it has antipsychotic effects on the brain.

Some compounds in cannabis help the nervous system to connect the neurons appropriately and transmit the right signals to the body parts. More studies need to be performed to validate the treatment of schizophrenia and dementia with marijuana.

Some cannabis products help to induce the feeling of calmness and uplift the mood. Many people that deal with panic attacks often benefit from using marijuana.

While there are evidence-based benefits of marijuana and its derivate, more studies revealed the adverse effects of cannabis also. Studies found that people who consume marijuana regularly are prone to develop psychosis and other long-standing mental disorders.

Marijuana consumption is also linked to social anxiety, depression, suicide attempts, suicidal thoughts, and suicide. Like alcohol dependence, if you find yourself being overly dependent on cannabis products, it is best to seek medical intervention.