How Does A Bitcoin ATM Work? 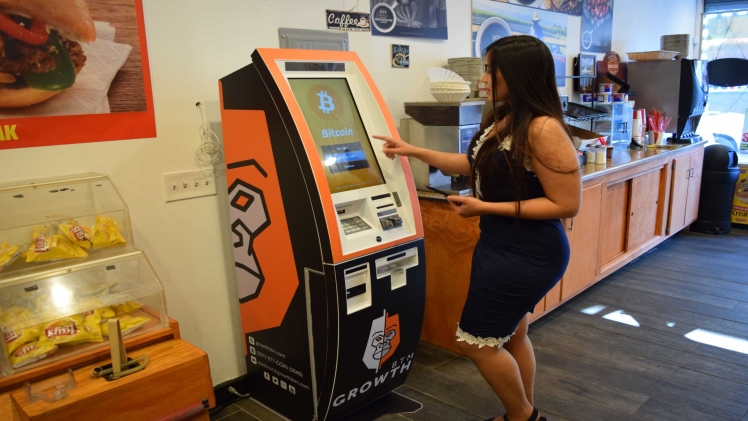 You’ll pay about 4-8% more than you would get on an exchange. But if you need cash in an emergency and don’t have time to wait days for a bank transfer from another country. This may be the only option available to you in some parts of the world. Different machines have different functionalities, but the most popular ones allow you to buy and sell bitcoins. Some machines might support other cryptocurrencies.

How Does A Bitcoin ATM Work?

Some Bitcoin ATMs let users buy or sell bitcoins for cash. Others only support buying and selling bitcoin for cash. You cannot use them to deposit funds into a bank account or make a withdrawal from an ATM.

Bitcoin ATMs allow users to exchange their bitcoins for other cryptocurrencies, such as Ethereum or Litecoin. You can purchase them directly from the machine with fiat currency or credit card. And finally, some ATMs don’t allow withdrawals at all. They allow customers to purchase cryptocurrency from the machine with their cash instead of having it deposited into their bank accounts directly after making an online purchase with their debit card.

In general, they work the same way as a regular ATM. You insert fiat money, pick your cryptocurrency and make your withdrawal. To begin with, you need to select the type of currency you want to withdraw from your Bitcoin ATM. The option will be either “Buy” or “Sell,” depending on whether you are buying or selling Bitcoin at that particular moment.

Once this selection has been made, press the corresponding button on the screen for confirmation before proceeding with any further steps in withdrawing some cryptocurrency.

To buy bitcoins from an ATM using cash as a payment method is pretty straightforward. All one needs to do is feed their money into its slot, followed by selecting which crypto coins they w, would like to purchase using these funds (e.g., 1 BTC).

After pressing the ‘Buy’ button again, if necessary confirmation message appears informing the user how many bitcoins were bought successfully into the account along with the total amount spent on doing so.* Selling Bitcoin: Selling cryptos through ATMs can also be effectively given correct information inputted during the process, such as the amount that needs to be converted into local currency, etc.

How can you find a bitcoin ATM?

To find a Bitcoin ATM near you, use the map of bitcoin 4U. You can also search by city or state. Bitcoin ATMs are becoming increasingly popular as they offer a more secure and convenient way to get your hands on digital currency. Whether you’re looking for a Bitcoin ATM in your area or want to check out the bitcoin 4U

Here we have told you about how bitcoin atm work. You can also learn where you can find a bitcoin ATM by reading this post.

Buying Guide To Check Out the Dustsilver Kawaii Keyboard