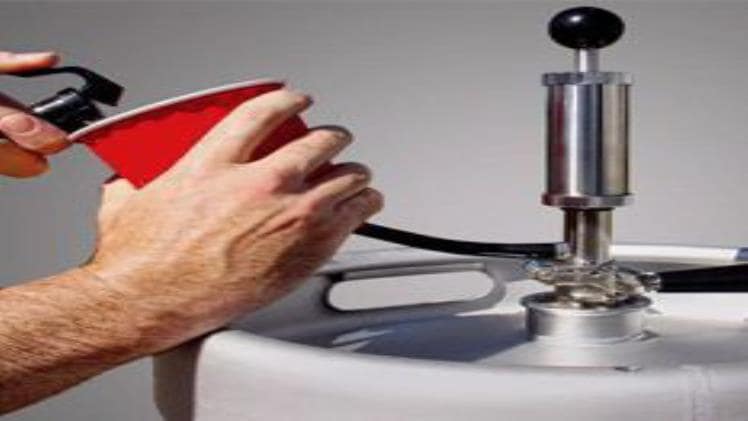 There are a variety of keg taps and pumps which differ to match the different brands of beer and the other keg couplers. In this article, we will discuss the methods of dispensing keg.

Pressurized gas from a cylinder.

Getting the correct coupler for your keg cylinder is quite important when dispensing it. Before fitting the keg coupler, make sure the keg has not been agitated; if it has been, let it settle for 1-2 hours before tapping it. However, if the barrel has not been stirred, align the lug locks on the coupler with the lug housing on top of the keg and insert the tavern head.

Changing from one coupler to another

Most keg couplers, if not all made in the United States of America, use universal threads, which is an advantage since one can change the couplers without cutting hoses or removing clamps. Moreover, this makes the work super easy since all you have to do is shut the valve of the regulator and turn off the carbon dioxide. Proceed to loosen the coupler and remove it gently.

Party pumps differ greatly from keg couplers since they dispense beer using air pumped into the keg by the use of a hand pump. These pumps make it easy to dispense beer at events where the full setup is not practical. This ease is because oxygen hurts beer; therefore, kegs distributed with a party keg pump should be consumed within a few hours before it eventually becomes flat.

Tap the keg and open its faucets, thus releasing the pressure, then open the faucets and start pumping. Do not pump until you open the faucet because it can cause a foamy and very fast pour. Pimp to maintain the beer flow only while the faucet is open.

In this era where beer is a renowned drink, it is important to get safe ways of dispensing it; that is why beer pumps are used. This article explains just about everything you need to know when issuing beer.

Moreover, it is always important to conduct extensive research before buying any device. As a result, this article will come in handy. For more, check keg pump price in Kenya.

Important Facts and Factors about Incubators

How To Choose A Good Sprinkler System

How Do I Activate My iTop VPN?