Can I use a bong for tobacco? What’s the experience like, and is it healthier? 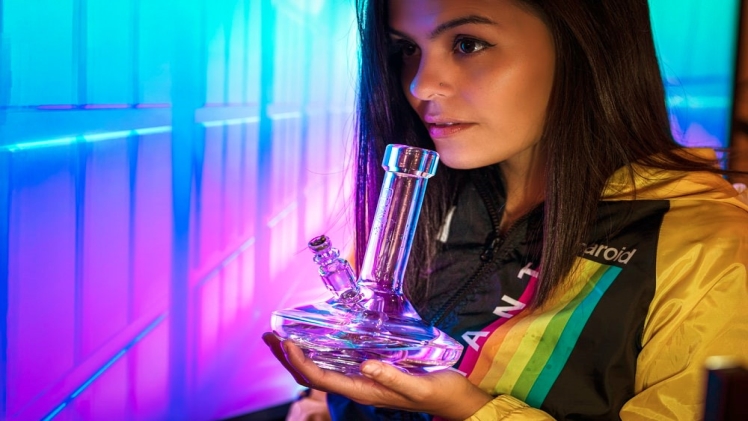 You are undoubtedly aware of what a bong is, pretty much every developed country around the world has at least one subculture of people that use these devices. However, you may be more familiar with them through the lens of certain counter cultures from the late twentieth century which use it for various dry herbs rather than tobacco. This would lead many in Western-inspired cultures such as the US, Canada and even places like Australia to think that these devices were invented specifically for dry herbs and that that’s all they are good for smoking.

In truth, no one knows exactly when first bongs were created, so it is arguable that they may have been invented before tobacco was introduced to the old world. However, the first historical records indicate there widespread use being for various types of Middle Eastern and near East Asian style tobaccos shortly after the New World introduced everyone to the addictive plant.

Cultures in these regions have always been more advanced than their surroundings historically when it comes to being healthier. It’s impossible to say whether or not this was a conscious move on their part, with an awareness of health that was ahead of time, or if these cultures just have a natural predilection towards healthier lifestyles. However, not unlike their cuisine being healthier and European cuisine of the time, they found healthier ways to enjoy their tobacco, primarily through the use of a bong or a hookah.

Hookahs are far healthier than anything else, but the bong technology itself is a close second. Obviously, we all understand how a bong works, right? It basically just filters the smoke through water on the way out, producing a rather unique bubbling sound and a very different kind of smoke on the other end. For starters, the water filters out a lot of the toxic aspects of the smoke, mainly scrubbing out the action carcinogens that makes a cigarette and pipe tobacco so very toxic to the user and everyone around them.

Along with this, though, it also changes the nature of the smoke experientially. It makes it far less of an irritant by moisturizing it, cooling it and activating the oils that actually provide the flavor and the nicotine you actually want from your tobacco. You can even get creative with this, adding things to the water like ice, various extracts or syrups, even spirits like schnapps or the like. Just be aware that if you add spirits to it, there will be a mild intoxicating effect as alcohol can be inhaled and absorbed into the body.

It is also important to note that the use of a bong is prohibited anywhere smoking itself is prohibited, and this applies to electronic solutions that don’t even produce smoke as well. Interested in living healthier, but not suffering through quitting? Shisha Glass can help, being your one-stop shop for all of the most popular bong brands including the almighty ozbongs!