A Historic Step For Veterans: PACT Signed into Law 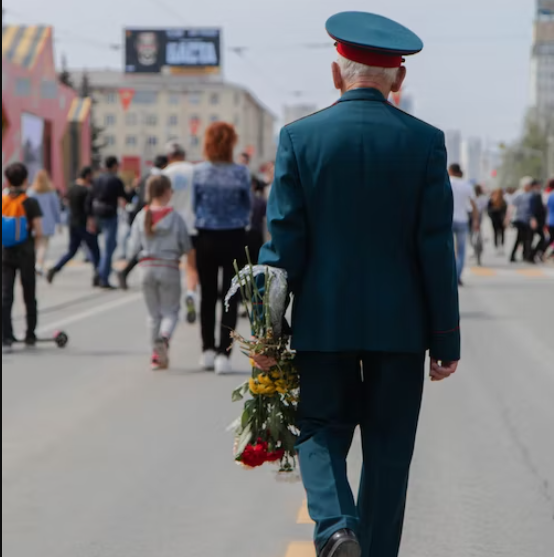 The historic Honoring Our Promise to Address Comprehensive Toxics (PACT) Act was recently signed into law by President Joe Biden.

Veterans exposed to harmful chemicals while serving are now qualified for additional compensation. Thanks to the Camp Lejeune Water Contamination Lawsuit, Marine Corps Base residents exposed to tainted water will be able to sue for damages and injuries.

This is a huge step in helping all veterans exposed to harmful substances while serving, as well as bringing justice to Camp Lejeune victims who were veterans, their families, non-military workers, and others.

In What Ways Will Our Veterans Benefit From the Honoring Our PACT Act?

After meeting with veterans who had been exposed to hazardous chemicals, politicians both from the Department of Veterans Affairs, and others, California Democrat Mark Takano introduced the Honoring Our PACT Act in June 2021.

According to the Honoring Our PACT Act (H.R. 3967), veterans who satisfy the following requirements will be able to access the medical care, mental health services, and therapy provided by the Department of Veterans Affairs (V.A.)

The Honoring Our PACT Act markedly enhanced the government’s care of veterans who were subjected to harmful chemicals during military service. Many military activities and locations across the world have exposed service members to potentially dangerous levels of chemicals through fire pits, water supply, airborne odors, and other routes.

Veterans will finally receive the assistance they need and deserve, thanks to the Honoring Our PACT Act.

The Honoring Our PACT Act includes the Camp Lejeune Toxic Water Lawsuit. This bill would allow anybody who drank water from North Carolina Marine Corps Base that was later found to be contaminated to bring lawsuits against the government and seek monetary compensation for their exposure.

Camp Lejeune was held by the United States Marine Corps from 1953 through 2007, during which time the water supply was allegedly tainted. Since 1993, Agency for Toxic Substances and Disease Registry [ATSDR] has studied VOC-contaminated drinking water.

How Much Can Veterans Expect from Camp Lejeune Settlement?

It is projected that the payout for Camp Lejeune lawsuit to victims of hazardous exposure would be $6.7 billion, with each claimant receiving anything from $25,000 to $1 million or more. Those who suffer from cancer or Parkinson’s disease typically receive more compensation than those with other qualifying medical conditions.

Costs at Camp Lejeune are expected to total $6.7 billion in settlement payments. Victims of hazardous exposure who have the aid of an expert attorney and file a claim stand a good chance of receiving a sizable settlement.

The military installations in eastern North Carolina are well-known to most North Carolinians. On the North Carolina coast sits Camp Lejeune, a Marine Corps base. Since its establishment in 1941, the base has served as a major hub for the Marine Corps, housing millions of Marines and their families while also providing employment for a sizable number of civilians.

Tragically, there was severe water contamination at the base. The water base that residents and employees consumed, bathed in, cooked with, and used was contaminated with several volatile organic chemicals like tetrachloroethylene, trichloroethylene, vinyl chloride, and benzene for decades.

Even when contamination was found as it happened, virtually little was done to reduce the hazards, and individuals who were being injured were not informed of the threat.

The toxic water at Camp Lejeune is said to be the reason behind the ill health of more than thousands of US Marines corps, civil workers, and their children who have lived in that place between 195o’s to 1985.

The Camp Lejeune water supply exposed over a million people to hazardous toxins. A number of serious and frequently fatal medical disorders have affected those who have been exposed to the water, including Parkinson’s Disease, birth deformities, and different types of cancer.

How Does The Camp Lejeune Justice Act Affect Veterans?

Veterans and others who were exposed to tainted water at Camp Lejeune will be able to sue the military according to the Camp Lejeune Justice Act.

People who are impacted may be entitled to compensation for their wounds, medical expenses, emotional distress, and any other damages that may apply, including wrongful death. According to the Act, a lawsuit cannot be filed until an administrative procedure has been completed.

Although there is a lot of uncertainty around this novel and unusual Act, it is anticipated that as cases progress through the court system, some sort of grouping of cases will eventually take place. Cases with similar harm could be gathered into groups and organized logically according to disease or ailment.

Before grouping or consolidation takes place, it is, however, very likely that many of the early cases will be tried for jury verdict.

Yes, after the administrative claim process is complete, a lawsuit may be launched on behalf of family members of veterans and civilian workers who were exposed to poisonous water. The Camp Lejeune Justice Act is inclusive, enabling participants who were not in the active military.

Those qualified to make compensation claims include:

If they desire to pursue claims, potential claimants will have a wide selection of attorneys and law firms.

Veterans who served at Camp Lejeune between August 1953 and December 1987 may be eligible for health care and disability benefits. Your family members who resided on base may also be covered for treatment for 15 qualifying illnesses.

You could be qualified to file a lawsuit in the Eastern District of North Carolina’s US District Court to obtain benefits and compensation.  You will then have 180 days after receiving notice that your claim has been denied, or two years, to bring a complaint.